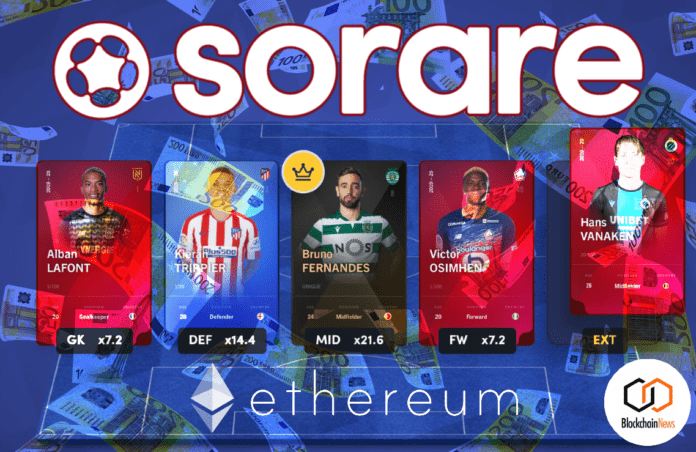 What is a Masternode?

According to Sorare’s blog post, the trading platform’s revenues have increased tenfold in the past six months, going from $ 30,000 in December 2019 to $ 350,000 in June 2020. The investment will allow the company to strengthen its team to respond to rapid growth.

“We are excited to share that Sorare has raised a $4M seed round. This represents a major milestone for our mission to make crypto assets fun and accessible through a global fantasy football game. The round was led by e.ventures and followed by Partech, Fabric Ventures, Semantic Ventures, Cygni Capital, World-Cup champion André Schürrle and existing investors.”

“Sports collectors have been able to collect and trade player cards in the physical world for decades. We could not collect digitally without digital scarcity. The Ethereum blockchain has changed this paradigm. Sorare uses Ethereum to create scarce officially-licensed football player cards. Users can freely buy and sell scarce digital collectibles representing football players on our online marketplace. More importantly, these cards are not only collectibles. They provide valuable utility in our fantasy football game where you can compete and earn rewards every week.”

“Sorare experienced unprecedented growth over the past 6 months with sales of our officially licensed player cards going from USD 30,000 in December 2019 to USD 350,000 in June 2020. More than 70 football clubs from Europe, the United States, and Asia have contracted with Sorare to issue officially licensed cards amongst them Juventus, Atletico Madrid, and Olympique Lyonnais. Building a presence in Sorare offers those clubs exposure to a global audience and a new revenue stream.”

“We started rolling out our beta in March 2019 to an invite-only community that shared our vision for a new type of fantasy football with digital collectibles. We kept Sorare invite-only until late 2019 so that we could speak to as many people as possible and shape the game based on their feedback. The community kept growing and we are grateful for the community’s early support and insights. We were not expecting to see so many side-apps around Sorare cards at such an early stage: Soraredata, Cryptoslam, SorareMVP, and many others coming. We look forward to seeing and encouraging more side-games.”

“We’ll be using this $4M seed funding to continue scaling even further. Specifically, we will:

“Since we are a game running on the Ethereum blockchain, all our numbers are publicly available data. From a cultural standpoint, we’re very transparent with our community about our roadmap.”

To be as transparent as possible, They have made their investor presentation slides available to all.

Play Sorare today and join the community on:

What is a Masternode?

What is a Masternode? A Masternode is a cryptocurrency wallet typically described as a full node. Masternodes are fantastic due...

Long gone are those days where financial institutions utilized to assist in almost every step in one's life whether it...

Join this webinar on Digitally Native Trade and Supply Chains to read more on emerging use cases for trade financing...

The IOTA Foundation is joining the brand-new research laboratory for blockchain innovations for the Internet of Things (IoT) as an...

Akoin Cryptocurrency Releases in Kenya as Pilot for $6 Billion

Research: real Bitcoin volume takes off to 2020 high, but greed